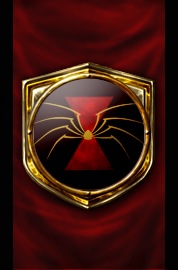 The Black Widows are striving to be the best cohesive unit in the game. We are Organized in a Para-Military manner, meaning we have rank structure within the unit, and Trials For advancement. We focus on Tactics, Strategies, Formations, and Team work. If you are interested in this kind of unit, contact anyone with the Widow Tag in TS, and ask about us. We are all perfectly willing to Consider any applicant.

The infamous Black Widows were a semi-independent unit within the larger mercenary unit Wolf's Dragoons, formed and led throughout its existence by Natasha Kerensky, the "Black Widow" up until the unit was dissolved in 3049.

Although composed mostly of misfits and troublemakers, the Black Widow Company was a dangerous elite fighting unit with a reputation for brilliant tactics and a boldness bordering on folly. Renowned for their skill as MechWarriors, Natasha Kerensky and her unit were also known and feared for cruelty, deceitfulness and generally dishonorable behavior, attributes that set them apart from the rest of the highly esteemed Wolf's Dragoons. (From here it shifts from canon)

A Pilot by the name of Dread led most of the Field operations while Natasha was more of the Face of the unit. Though a feared pilot, Natasha did not have the "tactical sense" that Dread had so she appointed him commander of field operations. In 3024 Dread had an idea to split the growing ranks of the Black Widows in two separate fighting units BOTH with Natasha's mech, making it appear she was in more places than possible. With two units (people thought was one) they were able to pull off some astounding victories which led to the eventual fame and creation of the Black Widows Company, led by Dread, a unit within the Black Widows themselves.

In 3025 Dread and Natasha had a disagreement about the direction of the Black Widows. Natasha wanted to return to her Clan roots while Dread was more inclined to fight for the Inner Sphere. Dread challenged Natasha to a Private Trial of combat for Leadership of the Black Widows. When the combat began Dread immediately noticed that half of his weapons went offline. Natasha won the combat through dishonorable means. Dread gathered the evidence and approached Natasha who after being cornered admitted her deceit. They agreed to split the Black Widows into two entirely separate units while "sharing" the name.

For years, the two units benefited from the shared name as no one knew they were really separate. Dread signed a contract with House Marik with the agreement that he had full control over the Black Widow Company with no interference from the House. After the Fourth Succession War it became apparent that the two units had no affiliation with each other and the history of the Black Widows, minus the "Private Trial for Leadership" and Natasha's dishonorable actions, became public.

When the Clan invasion begun in 3049, Natasha Kerensky left Wolf's Dragoons and resumed her place among her fellow true-born Clan warriors, eventually attaining the rank of Khan of Clan Wolf. The original Black Widows were disbanded after she left the unit, and a new unit called the Wolf Spider Battalion was formed within Wolf's Dragoons in their place.

Dread continues to this day as Commanding officer of the Black Widow Company fighting for House Marik.

In 1996 I came across Multi Player Battletech: Solaris while I was working as a guide for AOL.


This version of the multiplayer BattleTech computer game was available on AOL, and on Kesmai's (later named GameStorm) game service between 1996 and 2001. At its height on the AOL server, thousands of players competed simultaneously in arenas of two to eight participants, battling in team games or free-for-alls. After AOL initiated its hourly pay-for-play system, the majority of players moved to the GameStorm service, which operated for a number of years until its purchase by Electronic Arts.


During its run, the game's player-driven community grouped themselves into armies representing the various Successor States, or independent stables, or mercenary units. Though the in-game software did not support official groups, the player-driven units became close-knit communities, even after the games cancellation in 2001.


While playing the game in '96 I saw many units that were fly by night not really well organized merc units so I founded the Black Widow's with GraveWalker as my Co-founder / XO. I outlined the unit with a Para-military structure and added Trials for advancement through the ranks. Within one month we had around 20 good players and we started really training to be good at the game. Once we fought in one of the community organized house wars we were noticed as top tier pilots and our ranks began to grow.


In mid - 1997 we were over 200 active members strong and a REAL force to be reckoned with. Getting bored one night I instructed the Widows to do a full scale attack on house Laio. This involved taking and controlling all of the houses drop bays. If Laio wanted to drop they had to drop against us and beat us for the control of the bay. I believe there were 22 bays? total and we controlled all of them for over 6 hours not losing a single one.


This resulted in the House leader of Laio filing a complaint with the Devs saying that the Black Widows were disrupting the game. I was politely asked by the Devs to "join a house so I could know when planned house wars took place" and was told "We can't have a group as strong as the Widows disrupting the House aspects of the game". As a good Merc Commander I publicly offered the Black Widows services to the House that made the best offer.


2 weeks later we joined House Marik and have been there every since.


We stand now as The Black Widow Company fighting for House Marik and the FWLM. 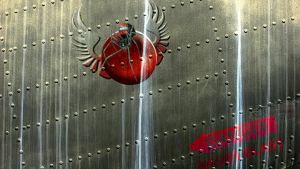