Electronic Countermeasure Suites. Guardian, Angel, Infiltractor, etc - A device that jams enemy sensors to a degree. In the Inner Sphere, the most widely-deployed ECM Suite is the Guardian, but the experimental Angel ECM Suite can also be seen.

By default, the ECM is in “disrupt” mode. While it is in this mode, it creates a bubble of sorts that scrambles enemy communications and sensor systems. ECM will also hide friendly 'Mechs within its range. Mechs carrying an ECM in disrupt mode are marked with an ECM icon. 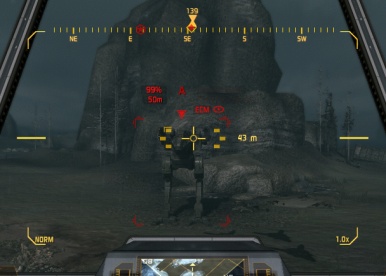 All friendly Mechs (including the one with the ECM) within the range of an ECM in disrupt mode (180 m) are ‘cloaked’ from enemy sensors. Mechs that are hidden in this manner are marked with a symbol that looks like an eye.

When a Mech is hidden by a friendly ECM: 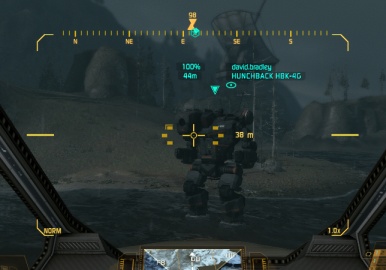 When you enter the range of an enemy ECM in disrupt mode, your Mech will be cut off from communications with your teammates and some of your targeting equipment will cease to function. Mechs that are within the field of a hostile ECM are marked with a symbol that looks like low signal bars.

When your Mech is disrupted by an enemy ECM:

Between the ECM’s 180 m range, and the 200 m range for detecting Mechs hidden by ECM, there’s a 20 m radius band where you can detect a hidden Mech, target it, and get a missile lock and/or share the targeting with your teammates.

If you are not being disrupted by an enemy ECM, any hidden Mech on the other team that you hit with a TAG laser will be revealed as if it wasn’t being hidden. This allows you and your teammates to target and lock on it for as long as you can keep the TAG beam trained on it.

If you press the button to toggle the mode of your ECM (‘J’ by default), you can switch from “disrupt” mode to “counter” mode and back again.

Counter mode provides none of the benefits of disrupt mode. What it does do is counter enemy ECMs that are in disrupt mode.

Your ECM in counter mode will: 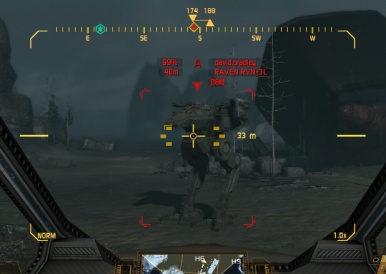 Coming into the game at the same time as ECM is your Mech’s status bar. This is a series of icons on the right hand side of your HUD that denote various effects your Mech is experiencing. Currently you’ll see if your Mech is being hidden by a friendly ECM (including your own), if your communications are disrupted by an enemy ECM, and if your ECM is being countered by an enemy. In the future, more status indicators will be added to this area.[3]

How ECM Can Be Defeated[edit | edit source]

Hitting a target that has ECM engaged, with any PPC-styled weapon, will disable ECM for 30 seconds. Repeated hits with PPC fire, does not extended the time, but only restarts the time. IE, Hit with PPC #1 sets timer to 30 seconds. 5 seconds later, hit with another PPC. Timer is reset for 30 seconds and not extended to 55 seconds.

BAP will completely negate one enemy ECM within 360 meters. A single Beagle Active Probe may still be overwhelmed by two or more enemy ECM though.

Shooting a 'Mech with TAG from outside it's protector's "ECM-sphere-of-influence" will allow it to be targeted.